Exhibitions and Events: Artifacts from Greenville Woman’s College: A sampling of the items that document its history 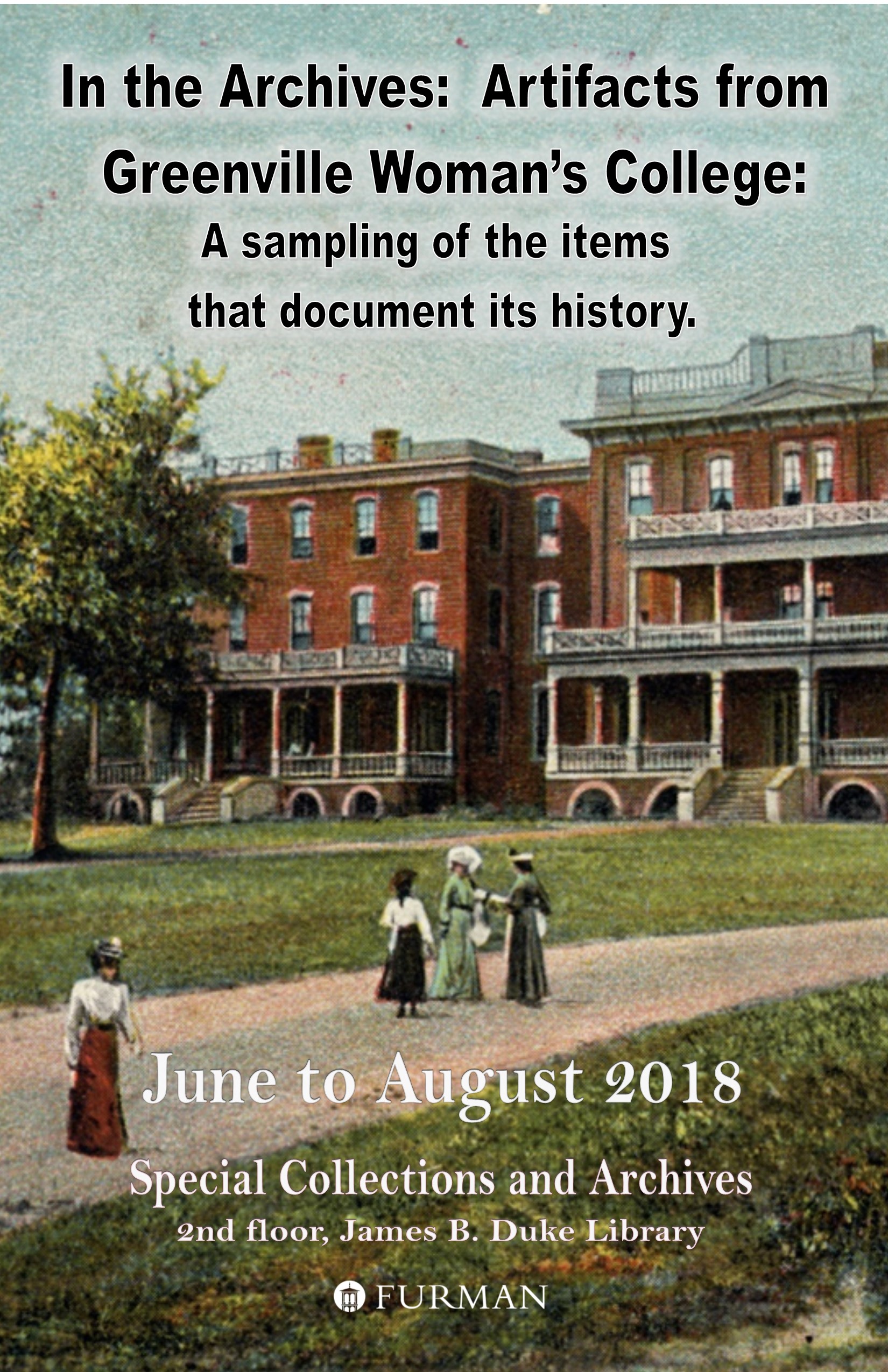 Curated by Julia A. Cowart

A handful of women’s colleges have survived until the 21st century, though financial difficulties continue to force the change to co-ed or face closure. Greenville Woman’s College did not survive the 20th century.

Established in 1854 by the S.C. Baptist Convention and supervised by Furman University's Board of Trustees, this institution opened as Greenville Baptist Female College in February 1856, on a site originally donated by Vardry McBee to the Greenville Academies. Its name was changed to Greenville Woman's College in 1912.

The Woman’s College of Furman University continued until 1961 when the female students moved to Furman’s consolidated campus six miles north of town.

This exhibit highlights a sampling of the items in our collections that document the school’s eighty-three year history. 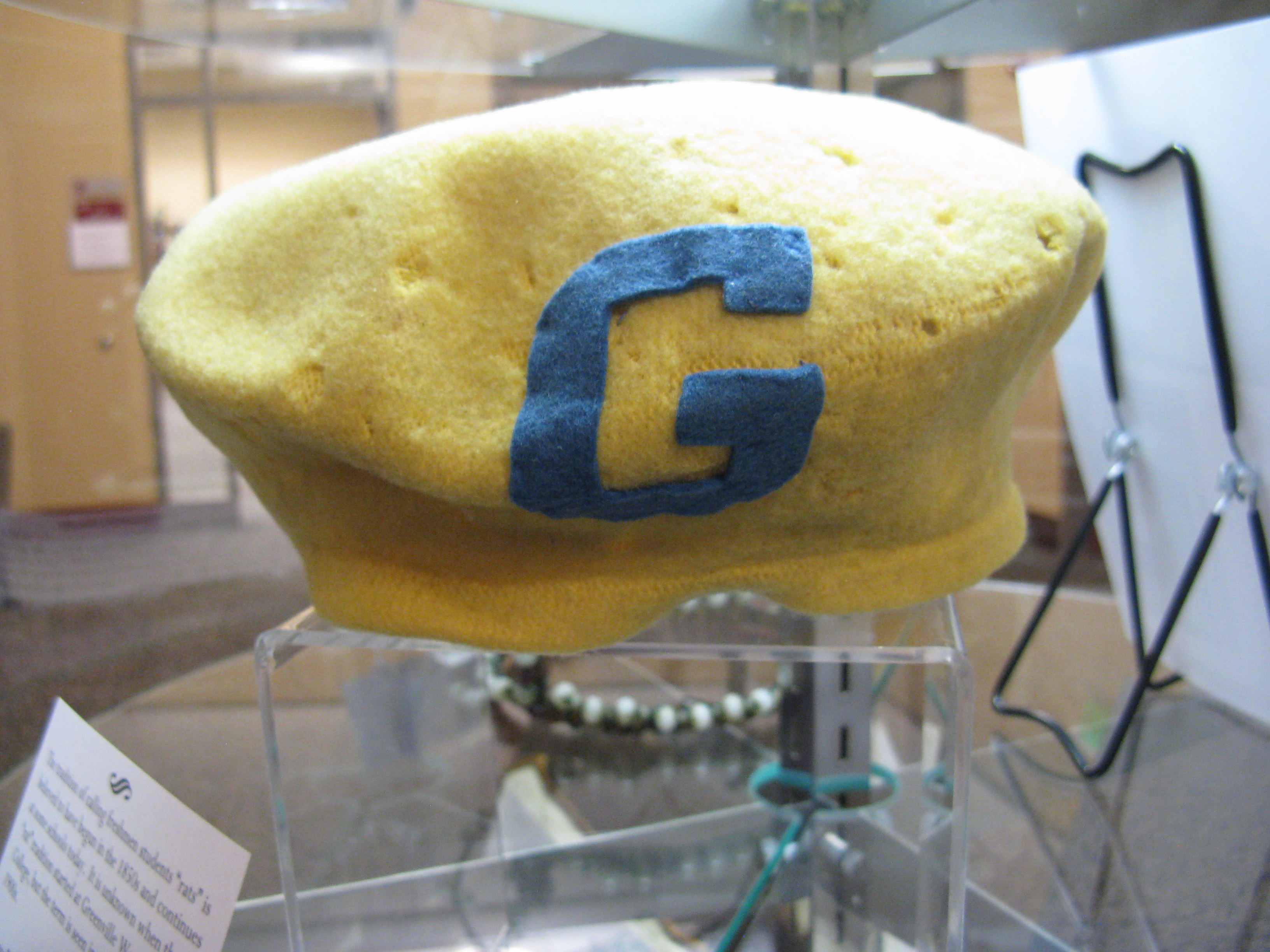 Since the 1850s many schools have had the tradition of calling freshmen students “rats,” and some schools continue the tradition.  It is unknown when the “rat” tradition started at Greenville Woman’s College and Furman University, but the term is seen in print in the early 1900s.

“Rat caps” were a requirement for freshmen. This cap from 1936 is in the school colors of gold and blue.