Exhibitions and Events: Look who we found! Notable Autographs and Signatures in Special Collections (2014) 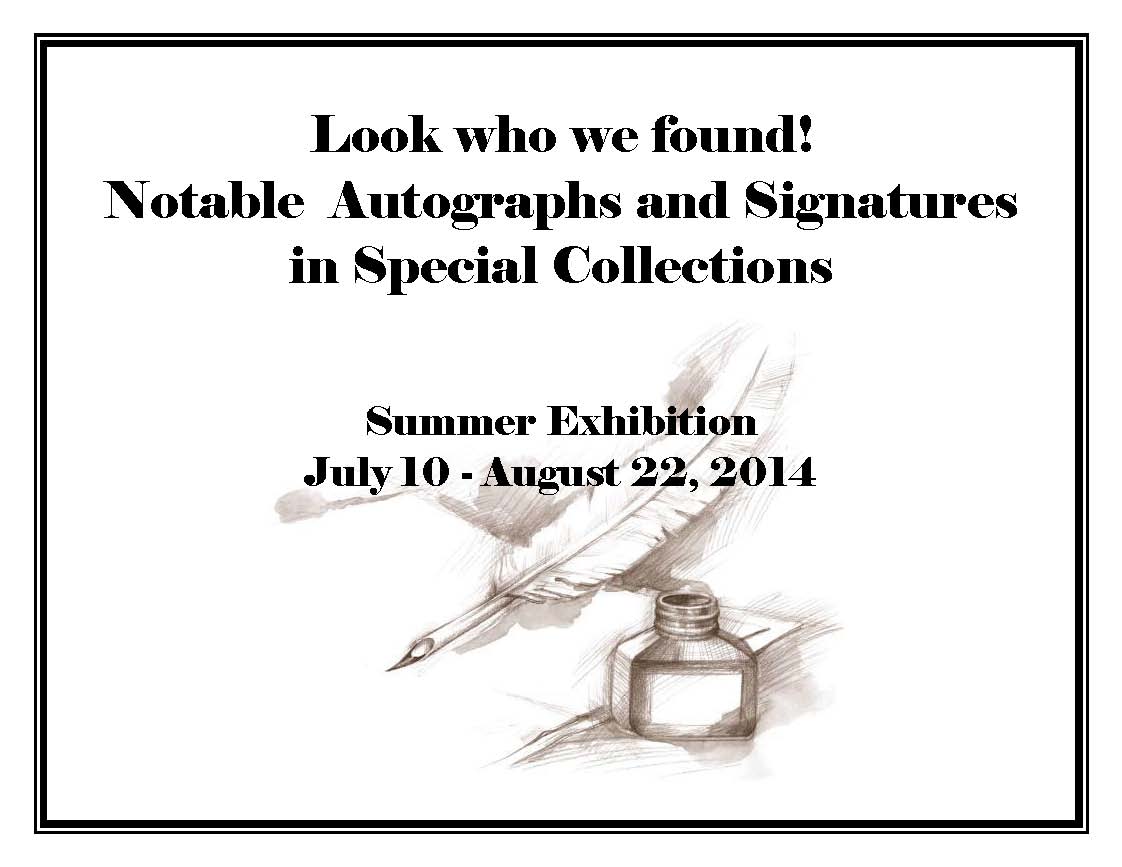 Curated by Julia A. Cowart

Autographs and signatures have been favorite collectibles in Europe from as early as the 16th century and in America from about 1815. People have long sought to hold in their hands items that have been touched by figures of note. Scientists, philosophers, politicians, and artists have shared a celebrity culture with athletes, actors, and models.

It might surprise you to know that there is a difference between a signature and an autograph. A signature is a handwritten and often stylized depiction of someone's name, nickname, or other mark that a person writes on documents as a proof of identity and intent. An autograph is chiefly an artistic signature. Rather than providing authentication for a document, the autograph is given as a souvenir which acknowledges the recipient's access to the autographer. The collecting of autographs is known as philography.

This summer exhibition showcases autographs and signatures found throughout the many books and manuscript collections in Special Collections, with notable subjects who have connections to Furman, to the region, the state or the nation. 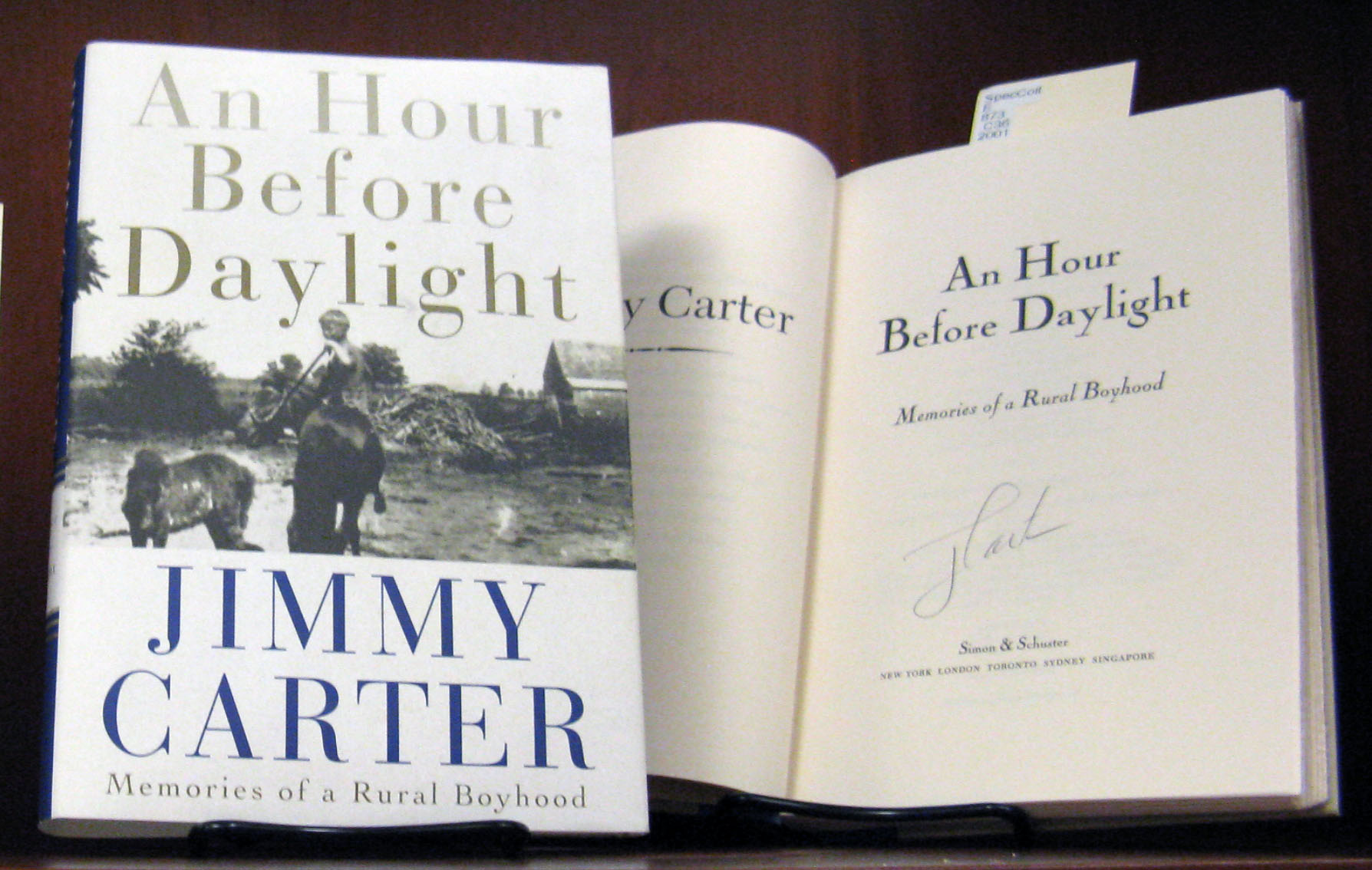 Other Presidential signatures included in exhibition: