Exhibitions and Events: Over Here, Over There: Greenville in the Great War (2017) 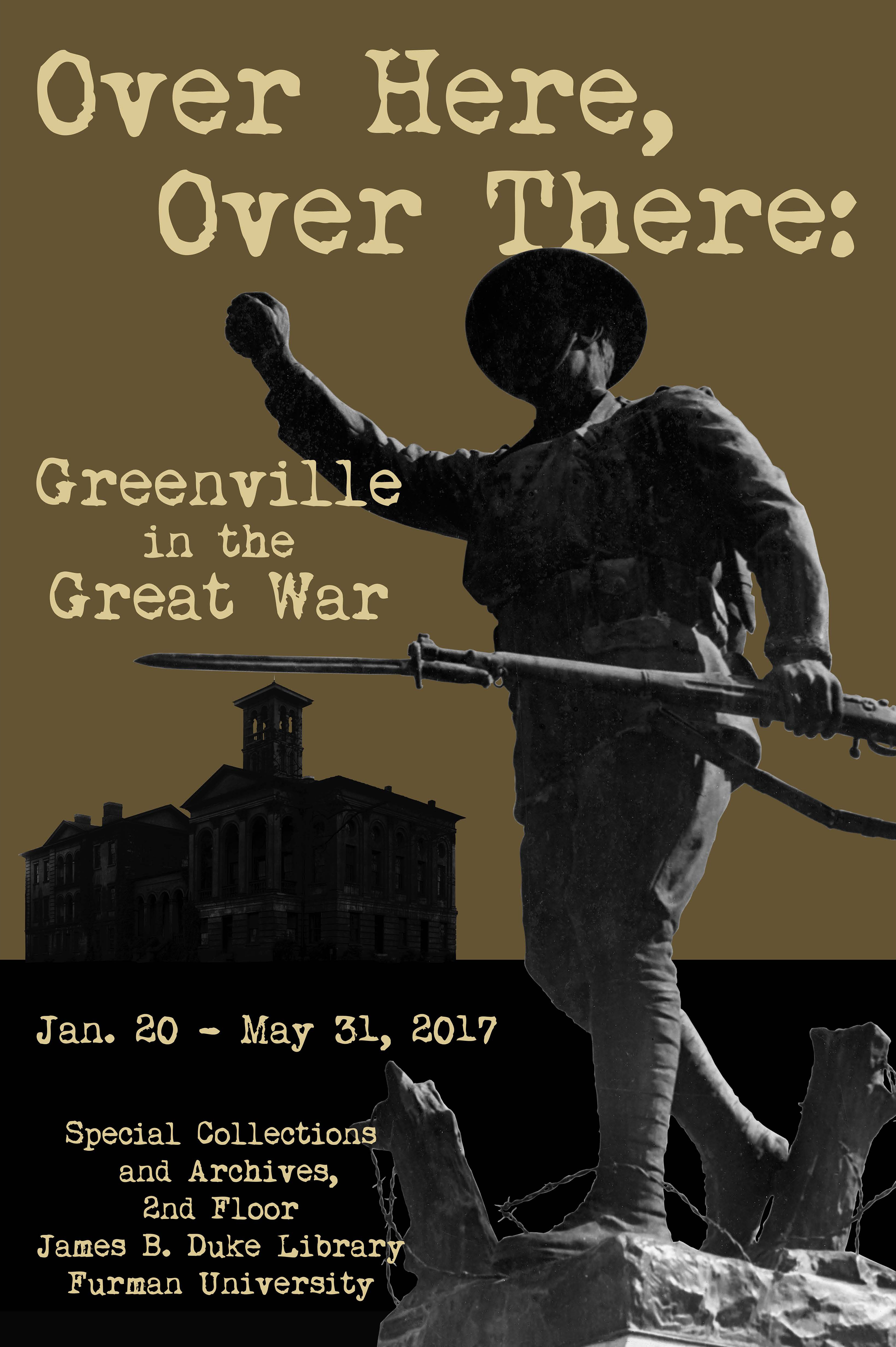 This exhibit surveys World War I’s (1914-1918) impact on the local community; it examines the contributions of this area to the war effort, domestically and overseas, and it assesses the mixed legacy of progress emanating from the war years.

From the outbreak of war in Europe in 1914, and especially after the United States’ entry into the war in April 1917, Greenvillians felt compelled to “do our bit.” Alongside local citizens, students at Furman and the Greenville Woman’s College invested time, energy, and resources to the war effort domestically and overseas, and in some instances gave their lives in service to the nation. Through exposure to new people and new ideas, and as a beneficiary of the nation’s great economic mobilization, World War I brought social and economic progress alongside changes in infrastructure to the area, but fell short of what could have been accomplished during this time of national and international upheaval.

This exhibition has been sponsored by the Friends of the Furman University Libraries and the History Department. 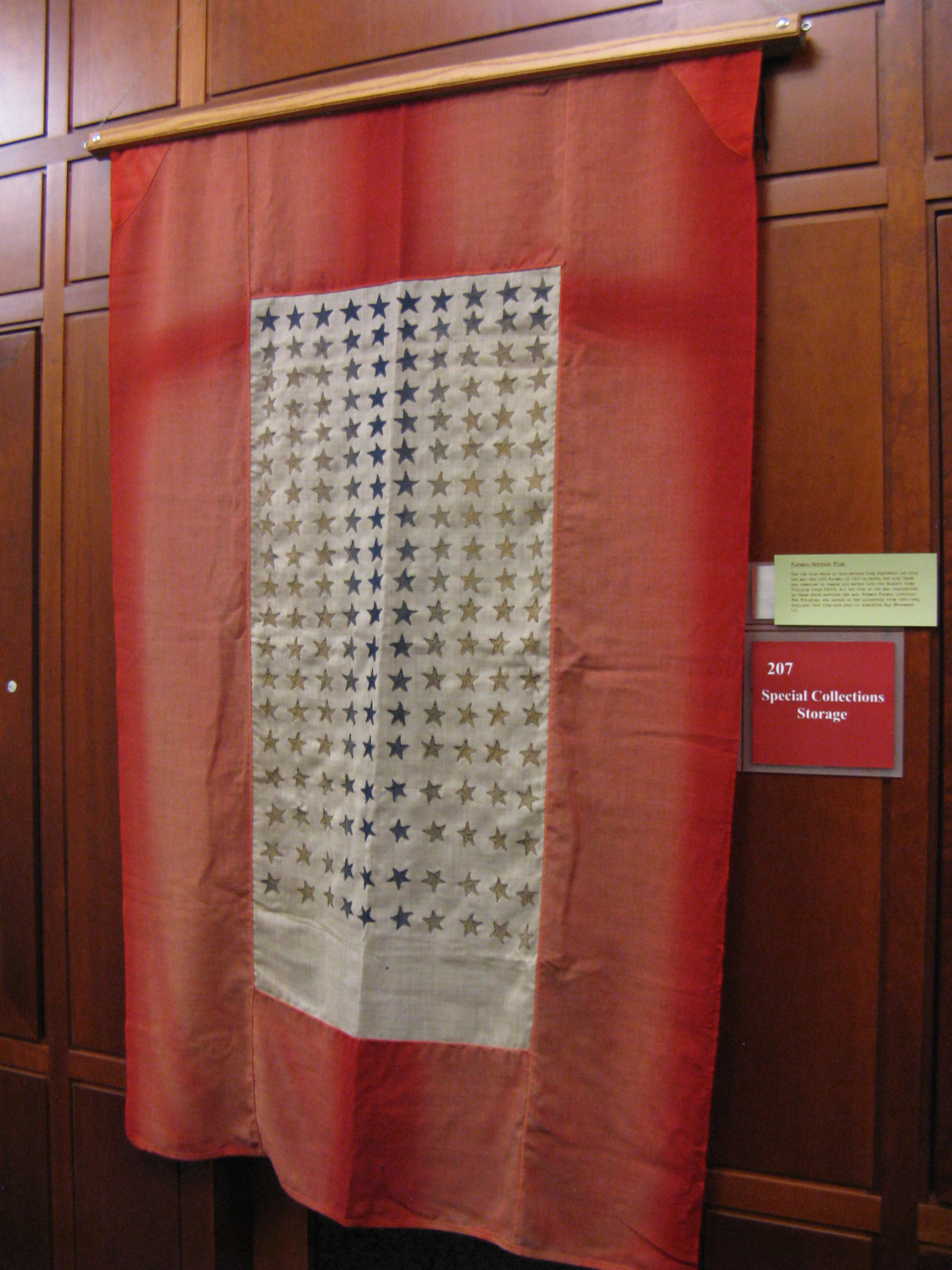 The 190 blue stars on this service flag represent not only the men who left Furman in 1917 to serve, but also those who remained on campus and served with the Student Army Training Corps (SATC). All but five of the men represented by these stars survived the war. Former Furman librarian Eva Wrigley, who worked at the university from 1922-1945, displayed this flag each year on Armistice Day (November 11).