Exhibitions and Events: Furman's Legacy of Slavery: An Exhibition Based on the Work of the Slavery and Justice Task Force 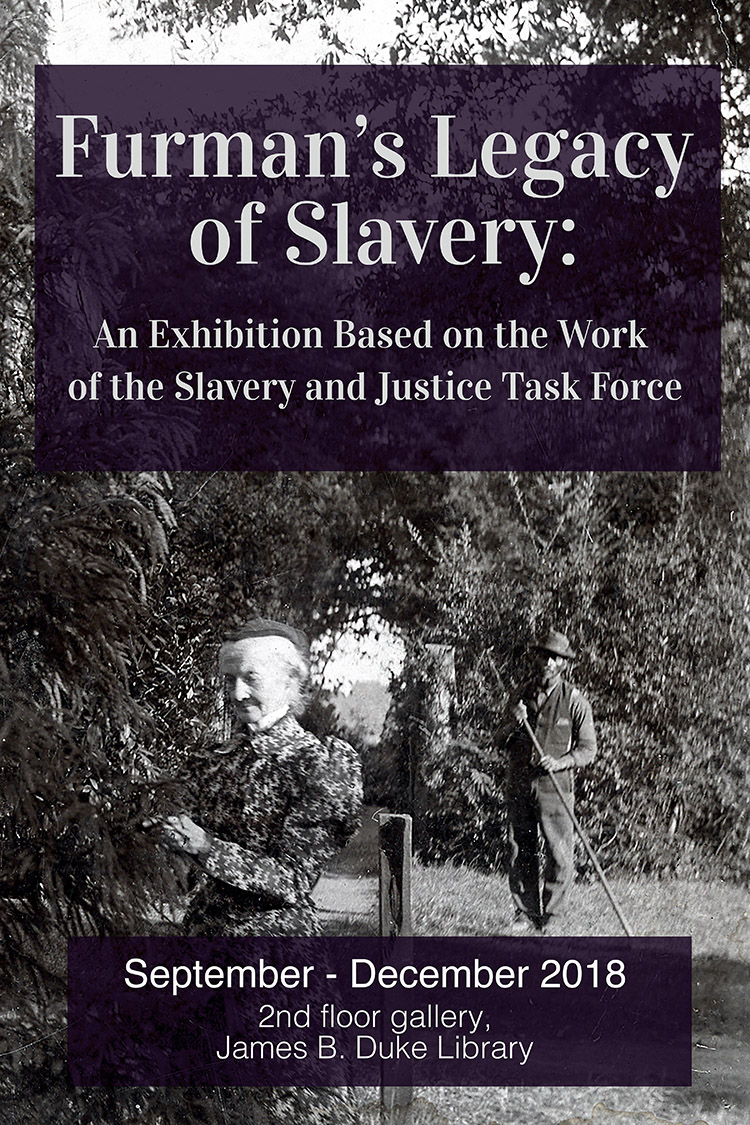 This exhibition invites the Furman community and the general public to reckon with Furman University’s legacy of slavery. The themes, artifacts, and documents presented here are based on research conducted by the Task Force on Slavery and Justice, which was commissioned by the university in the spring of 2017. The exhibition is a companion to Seeking Abraham: A Report of Furman University’s Task Force on Slavery and Justice, which was released on July 28, 2018, the sesquicentennial of the Fourteenth Amendment to the Constitution, the amendment that pledged equal rights for the freed slaves and all Americans going forward.

The goal of the Task Force, and by extension this exhibition, is to recover and present a chapter of the university’s history that has been, heretofore, conveniently forgotten or alternately veiled in myths of happy slaves and the Lost Cause explanation of the Civil War. This exhibit looks with unblinking eyes at a discomforting past. The mission of the Task Force and the intent of this exhibition originate from the premise that institutions and communities unwilling to reckon with injustice in their pasts will be unwilling to address injustice in the present.

We would like to thank Professor Lloyd Benson and Dr. Forrest Stuart for their text on William Henry Brisbane, Rick Jones for designing the posters, Julia Cowart for research and logistical assistance, and the Offices of the President and the Provost for their assistance and support in making this project happen.