Exhibitions and Events: A Coach for Life: The Lyles Alley Collection (2013) 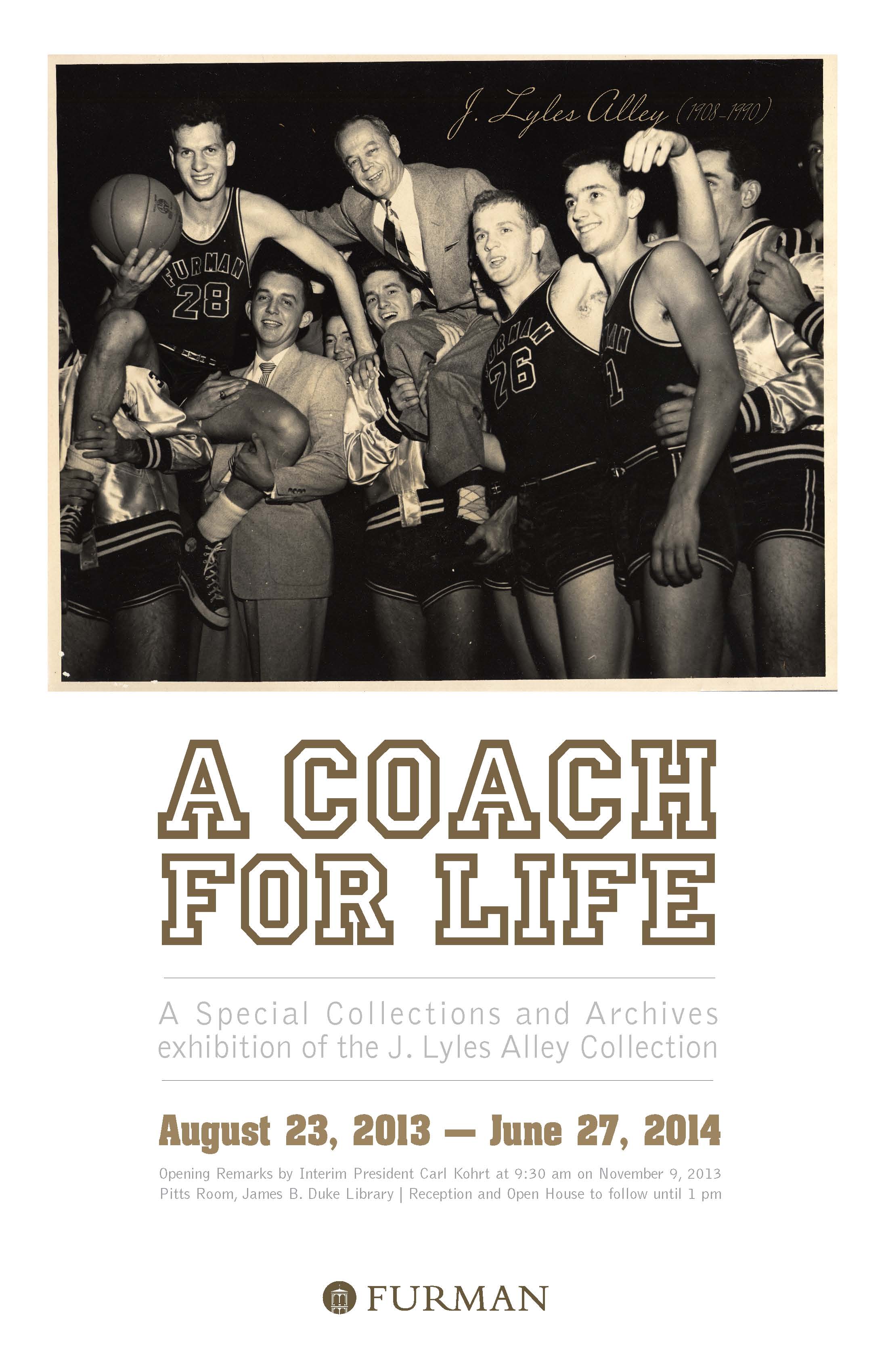 Over a thirty-three year career at his alma mater, J. Lyles Alley served as an assistant football coach, head basketball and baseball coach, faculty member in the Physical Education Department, and the university's athletic director. The title of the exhibition, "A Coach for Life," recognizes Alley's longevity of service, and acknowledges his philosophy of coaching.

The exhibition features material from the J. Lyles Alley Collection, and emphasizes the various roles Alley played during his years associated with Furman. Highlighted are Alley's days as a student athlete, both during his time at Spartanburg High School and at Furman; Alley's military service and his return to school for his Master's; his time as Furman's basketball, baseball, and football coach; his time as the Director of Athletics; and finally, Alley's legacy. 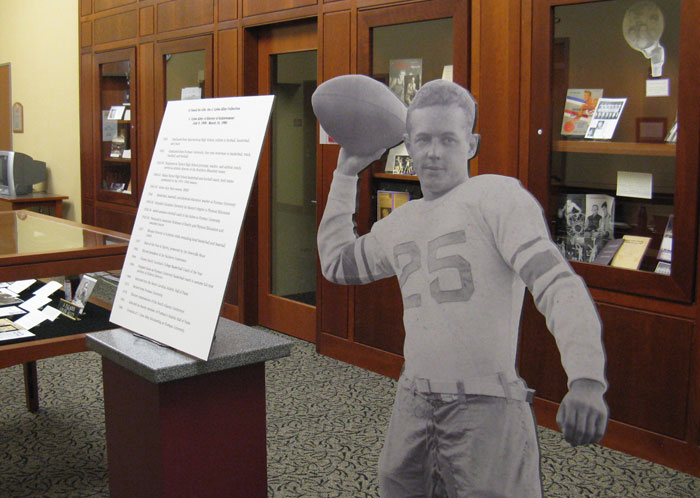