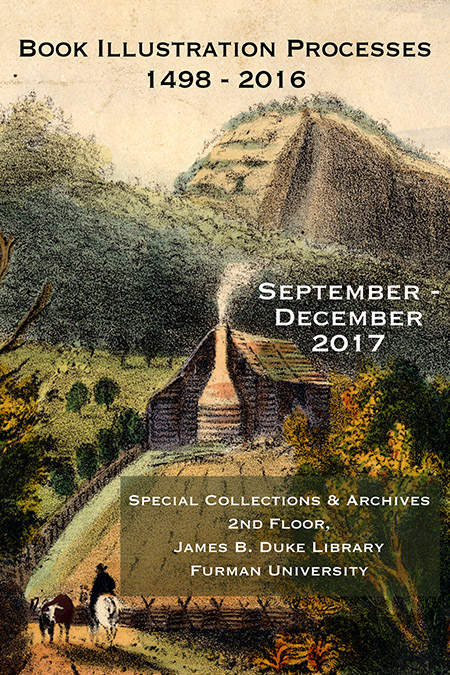 Illustrations have been important components of books from the start. Woodcut images appeared in the first printed books, and even preceded them in early blockbooks and prints made in Germany in the early- to mid-fifteenth century. Because books were printed using relief processes from the fifteenth through late twentieth centuries, many different types of relief illustrations were the media of choice, allowing woodcuts, wood engravings, and steel engravings to all be printed together with raised metal type in the same press run.

More elaborate forms of illustration such as copperplate engraving or mezzotint are intaglio processes, the exact opposite process from relief printing. They needed special presses and paper to be created, often by separate shops or artisans, and were later added into printed books. As such, engravings in printed books were often reserved for title pages, maps, separate plates, and more elaborate productions. As power presses increased the volume of printed output in the mid-nineteenth century, printers turned back to relief processes in order to produce illustrated magazines, journals, and newspapers in ways that could withstand many hundreds or thousand of impressions.

This exhibition highlights a number of new acquisitions as well as a number of interesting items from the university’s rare book collections. It takes the position that the history of graphic design and artistic printmaking processes is intimately connected to worlds of printing and book publishing. Each has reinforced and influenced the other in mutually-supporting and interesting ways. It helps trace the use of illustrations in printed books, from our earliest incunabulum, an illustrated edition of Horace printed in 1498, to several recently-acquired contemporary artist’s books. Notable items include several prints from a new collection of 18th century French engravings on classical topics, Rembrandt and Goya prints, images from the Diderot/d’Alembert Encyclopédie, and several sixteenth- and seventeenth-century printer’s marks. Together, these items graphically show how printmaking processes and advances contributed to the printing and publishing industries and the history of graphic communications in the West over several centuries.

Many thanks are due to Rick Jones for creating the poster for this exhibition.