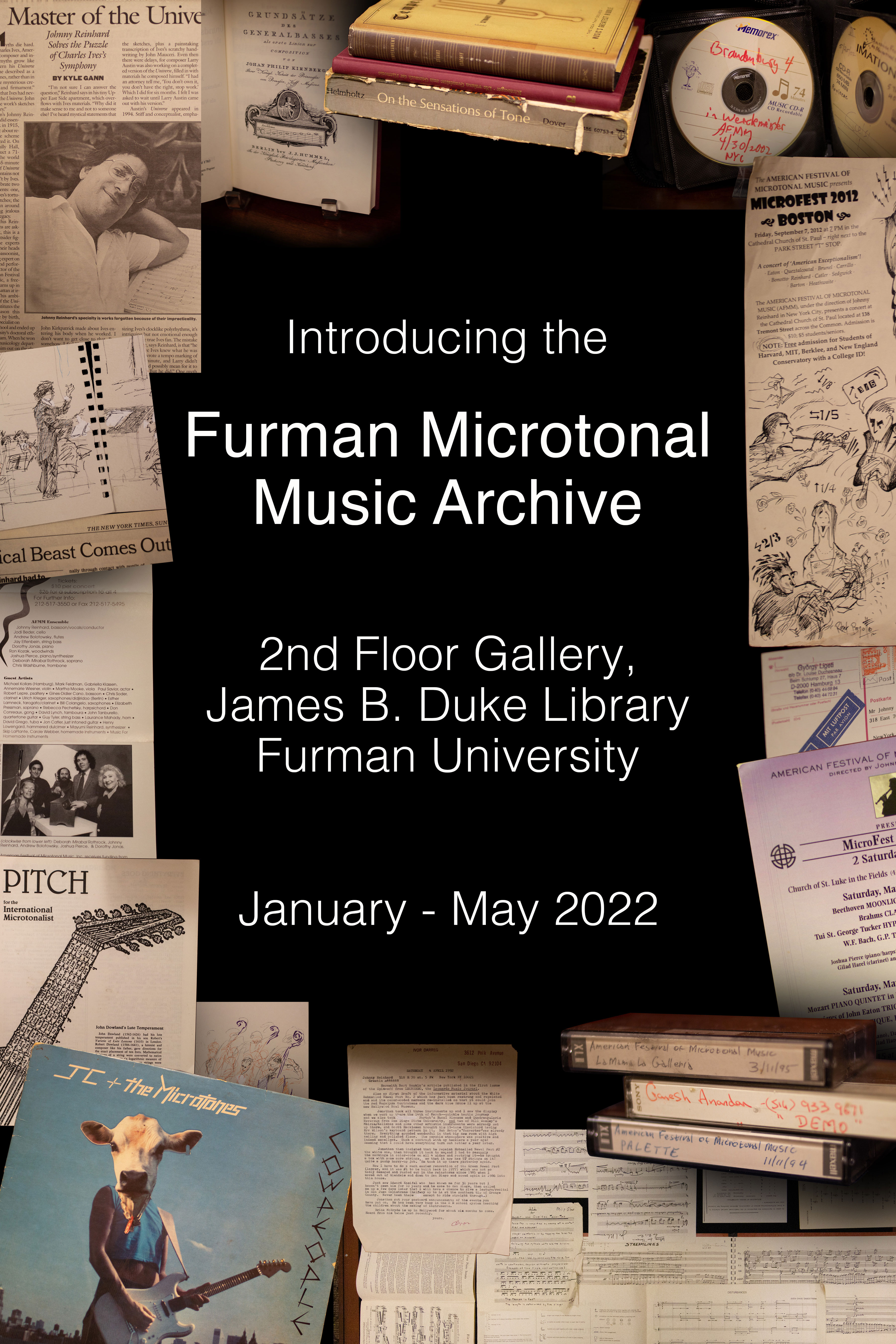 The Furman Libraries have recently acquired a major new research collection, collectively called the Furman Microtonal Music Archive. It is comprised of several interrelated parts: the records of the New York-based American Festival of Microtonal Music (AFMM), including many recordings of its sponsored concerts; the papers of AFMM founder Johnny Reinhard, including many of his own manuscripts and compositions; a comprehensive microtonal music library including rare books and periodicals; several musical instruments; a library of scores and recordings of microtonal works; and a library of the digital masterclasses and seminars from the newly-launched (2021) Microtonal University. This exhibition serves to introduce the Furman community to parts of the archive and the range of its materials.

The American Festival of Microtonal Music was founded in New York in 1981 by Johnny Reinhard to showcase music of diverse tuning approaches and styles. It has produced over 100 concerts since its founding, connecting performers, composers, and conductors on four continents. The AFMM has premiered work by composers such as La Monte Young, Edgard Varse, Terry Riley, Harry Partch, Jon Catler, and Mordecai Sandberg, and performed works from across the Western classical tradition using alternative tuning structures, from Bach to Charles Ives, John Cage, and Lou Harrison.

Many thanks are due to Rick Jones for photography and creating the poster for this exhibition, and to Michael Vick in the Music Department and ITS for his encouragement and guidance.