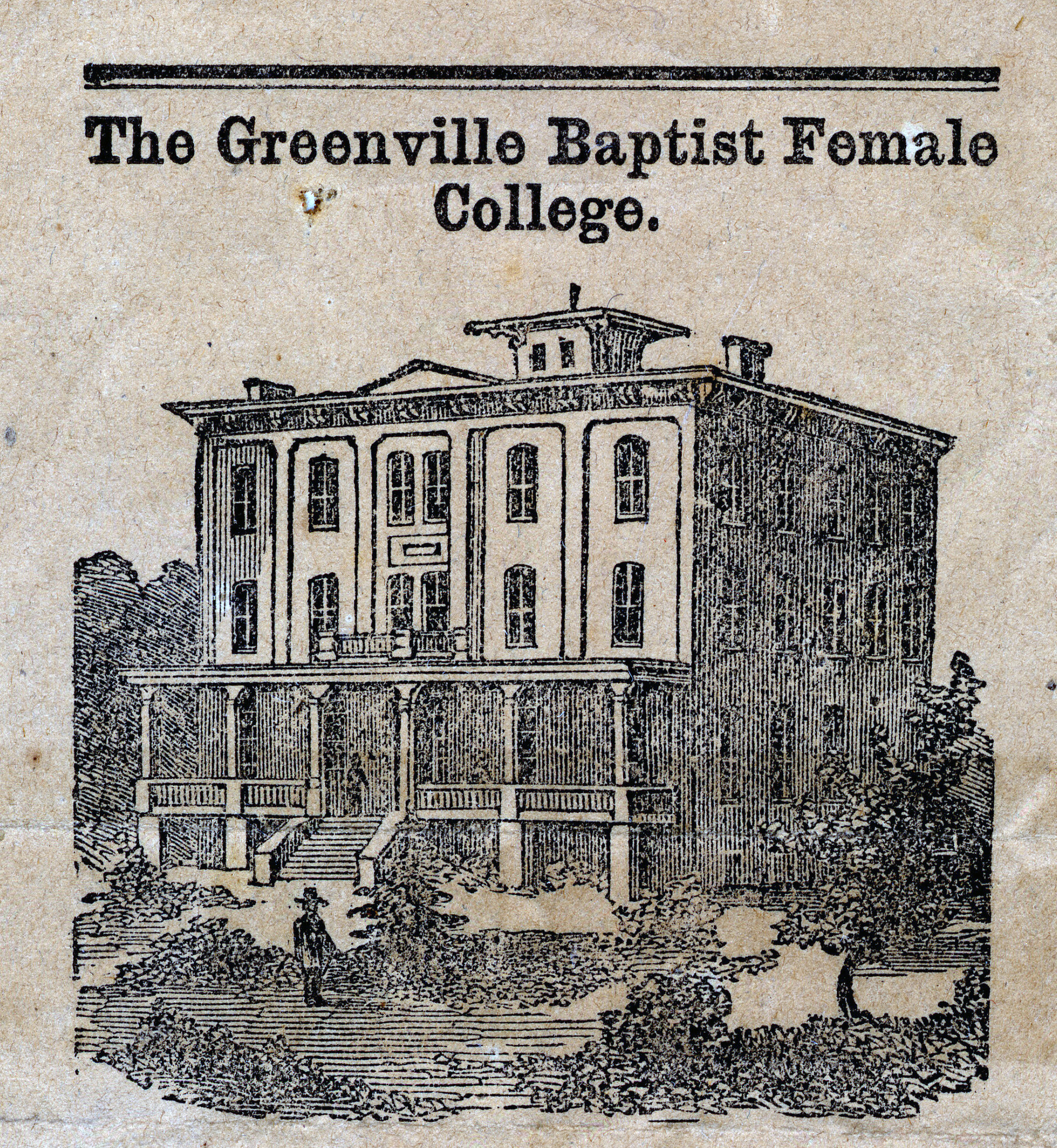 The school was incorporated as a separate institution in 1908 under the name Greenville Female College. The name was changed to Greenville Woman's College (GWC) in 1912.

Due to financial difficulties brought about by the Depression, the GWC trustees asked Furman University to take over the management of the school in 1932. The first coordinated activity was a joint commencement in June of that year. The next fall, 70 women began attending classes on the men’s campus, with specially chartered taxi cabs providing rides between the campuses. By March of 1933 the Woman’s College trustees asked Furman to assume full control, with one board and one president of both institutions.

The South Carolina Baptist Convention formally approved the total merger in 1937. Greenville Woman's College officially ceased to exist in January 1938 when it became the Woman's College of Furman University. The two student bodies remained separate until 1961 when Furman moved to its new campus north of Greenville. 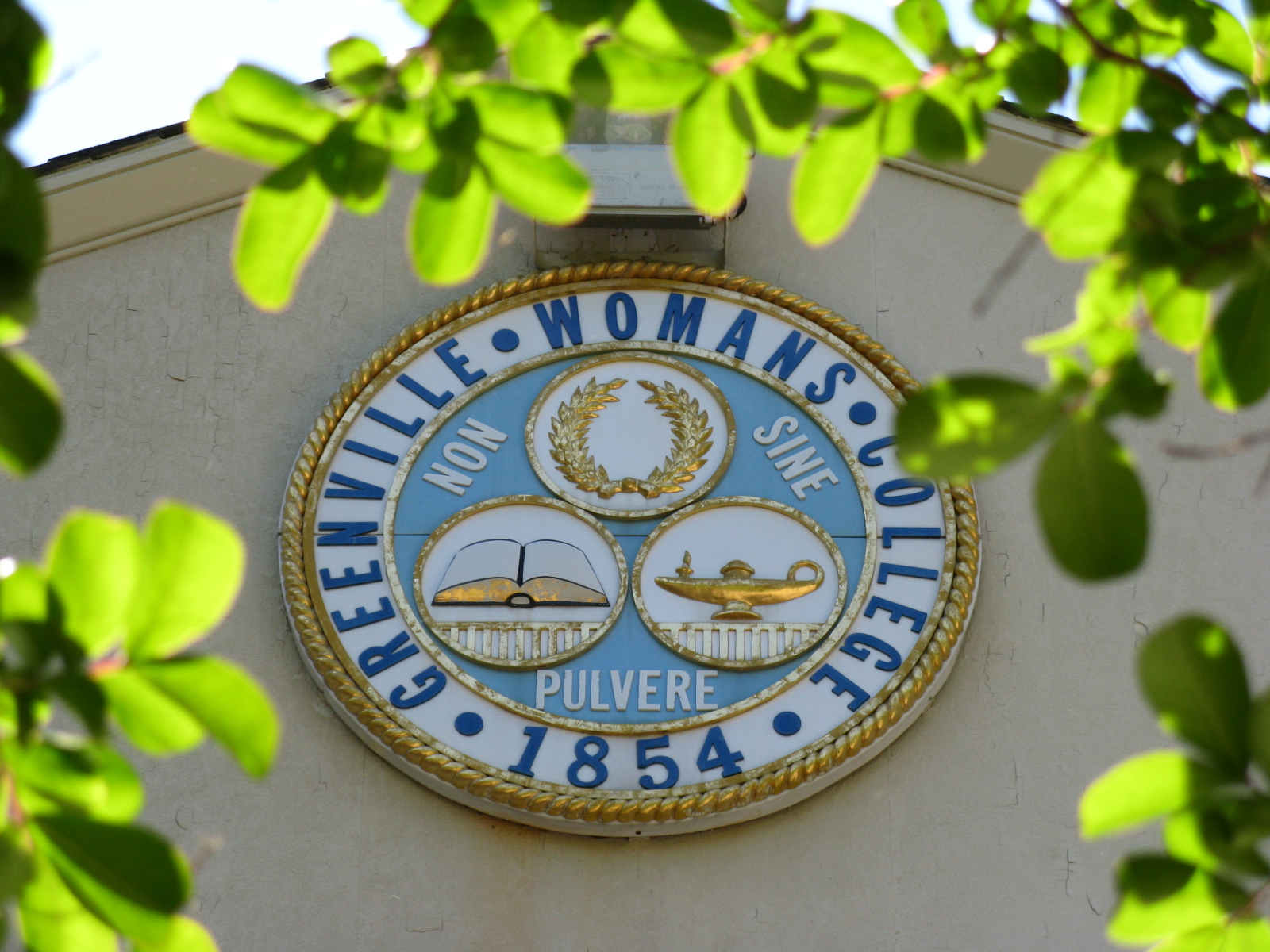 "If you stand in front of the main entrance to the [Clark Murphy Housing complex, (originally built as the women's residence)], you will see high above the arches a blue and gold seal. This seal contains three circles with three symbolic objects---a book, a lamp, and a laurel wreath. With these objects, there is the Latin inscription "Non Sine Pulvere." Literally, this means "not without dust." In poetic language, it means "not without struggle or grinding effort." The message of the seal may be interpreted thus: "No learning, no enlightenment, no crown of victory without struggle or hard work." Olivia Futch, Ph.D., Professor of Education, from Under the Cupola, 1965-1966.

Plans for a Greenville Woman's College seal for the new campus were discussed as early as 1957. The seal was added to the building in spring 1961. Not all students were happy with the addition. They were told that the seal "will represent the colorful history and traditions of the once-separate divisions of Furman University." Furman Hornet, May 20, 1961, p. 2.