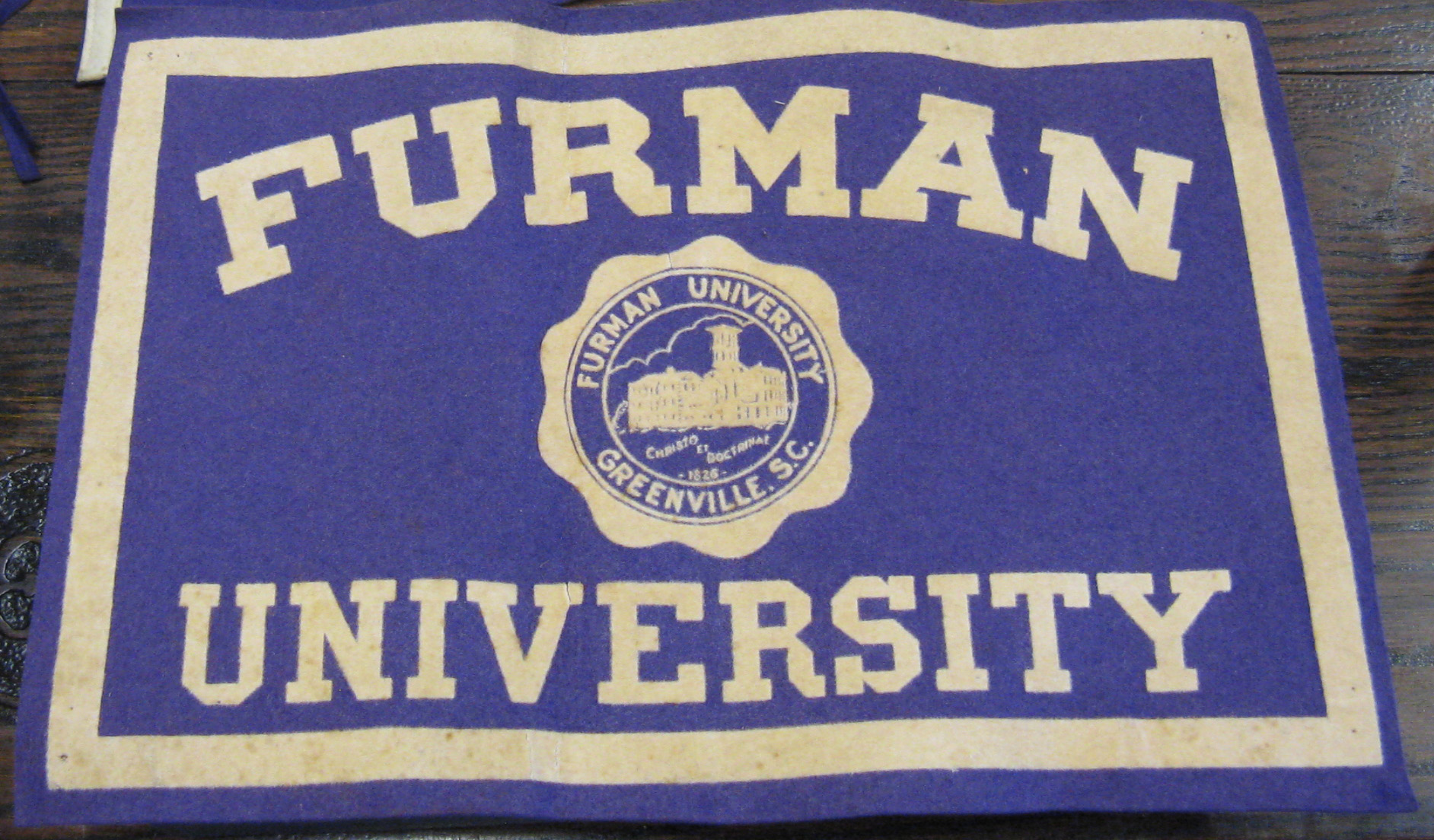 It was reported in The Hornet student newspaper on October 26, 1923, that the origin of Furman's school colors could be traced to the early 1890s. The story indicates that alumni were reminiscing at a recent York County Furman alumni meeting headed by James Andrews Tate of York, S.C. (Class of 1890), and Tate said that a committee consisting of himself, Samuel E. McFadden, prominent attorney, and Dr. J.P. Young, both of Chester, had been authorized and instructed to select the school colors. After investigating many combinations of colors, this committee decided that royal purple and pure white would serve as school colors and the student body agreed. Young later reported that the colors had originally been suggested by Miss Sadie Manley.