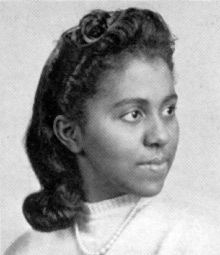 Marie Maynard Daly was the first African American woman to earn a doctorate in the field of biochemistry. Born on April 16th, 1921 in Queens, New York, Marie was surrounded by science throughout her childhood. Her father, Ivan Daly, shared his passion for science with Marie and her siblings. One of her favorite books was Microbe Hunters by Paul DeKruip--a book about the lives of microbiologists.