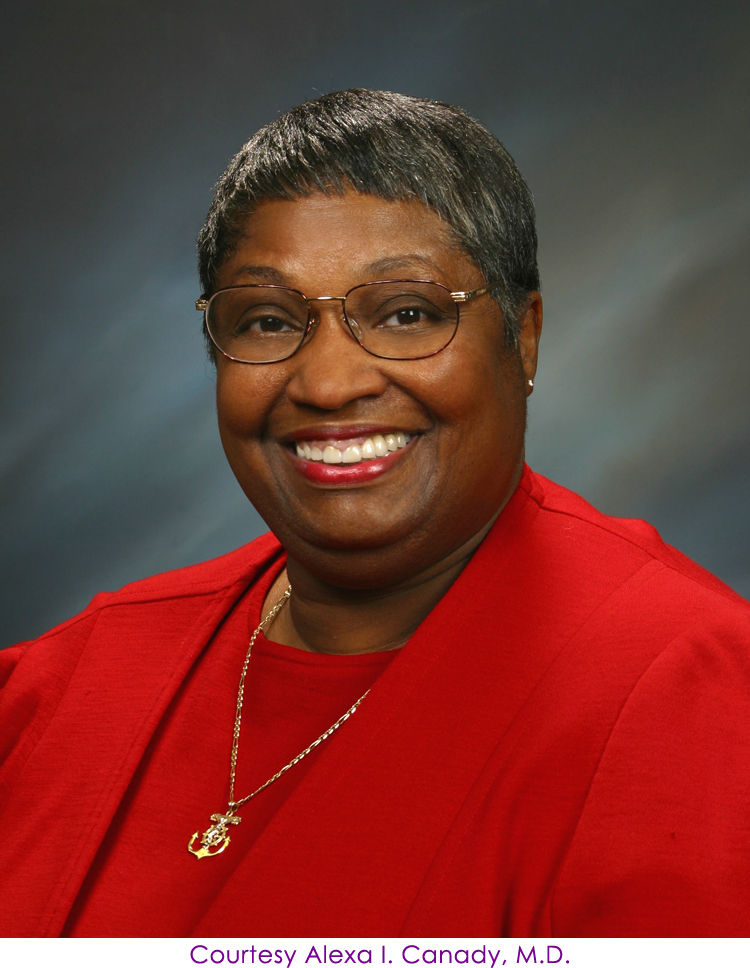 Photo by Courtesy of Alexa Canady for U.S. Library of Medicine.

Alexa Canady, MD is the first African-American woman neurosurgeon in the United States, and she began practicing medicine in 1981. Originally from Flint Michigan, Canady earned a B.S. in Zoology from University of Michigan and her medical degree from Universyt of Michigan Medical School in 1975. She completed her residency in neurosurgery at the Yale-New Haven Hospital in 1975 and began practicing as a neurosurgeon at the Children's Hospital pf Philadelphia in 1981. She retired from neurosurgery in 2001.

Alexa Canady almost dropped out of college in her sophomore year, but was thankful she stuck through though there were limited resources for women of color in STEM at the time. She believes in recruiting young professionals to the neurosurgeon profession and is a member of the American College of Surgeons. She is a strong advocate for women in STEM as well as women in medicine.

More information can be found at biography.com

Books about Women of Color in STEM