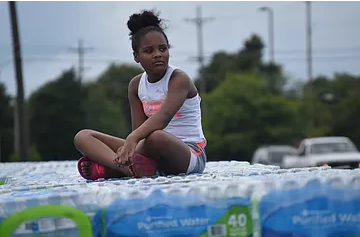 Photo from "About Mari Copeny."

Mari Copeny, also known as "Little Miss Flint," began her philanthropy journey back in 2014, but five years later, as the Flint Water Crisis--now part of the American Water Crisis--continues. The following are articles from several popular news outlets that highlight the work Mari does and what she hopes to achieve as a philanthropist.

Citizen science is a powerful form of science and science activism that encourages everyday citizens to participate in science research via data collection. Two citizen science projects are ongoing related to water quality and contaminents.

Books about the American Water Crisis