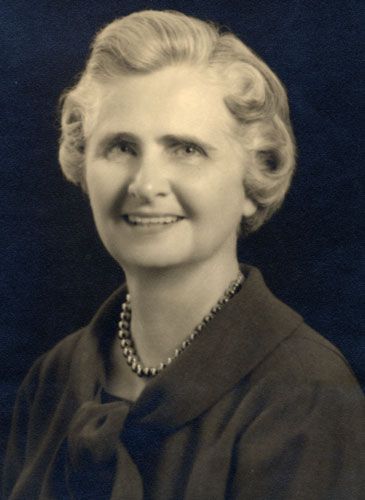 A Florida native, Olivia Futch received both her Bachelor’s and Master’s degrees in education in 1927 from Florida State College for Women. She was awarded her Ph.D. in Education and Psychology from Bryn Mawr College in 1934.

Futch taught in several secondary schools and was Head of the Education Department at St. Mary’s College in Kansas from 1935 - 1938 before coming to Furman University in 1938 as an Assistant Professor. She was promoted to Associate Professor in 1944, full Professor in 1948, and served as Head of the Education Department from 1945 – 1950. In June 1951, Futch was elected to succeed Elizabeth Lake Jones as Dean of the Woman’s College. The title of Dean of the Woman’s College changed to Dean of Women in 1961 when the women finally united with the men on one campus. Futch then became Associate Dean of Academic Affairs.

Futch was also very active in educational committees outside of the university. She was President of South Carolina College Teachers of Education for three years, was part of the steering committee for the South Carolina Conference on Education, was on the Southern Association of Colleges and Secondary Schools’ Commission on Research and Service, and was President of the Furman Chapter of the American Association of University Professors.

After years of service to Furman, Futch retired as Dean in 1965 but continued to teach in the Education Department until 1971 when she was designated professor of education emeritus and an honorary Furman alum. Futch died in DeKalb County, Ga. on February 19, 1998.