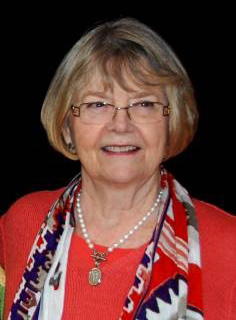 Libby Bernardin grew up in Georgetown, South Carolina. She is a graduate of the University of South Carolina, where she also worked as an instructor of English until her retirement in 2003. She continues to teach poetry workshops at the Osher Lifelong Learning Institute (OLLI) of Coastal Carolina University and to serve on the South Carolina Academy of Authors' Board of Governors.

Two chapbooks of Bernardin's poetry have been published: The Book of Myth (Stepping Stones Press, 2009) a SC Poetry Initiative 2009 winner and Layers of Song (Finishing Line Press, 2011). Her poems have been featured in journals including Southern Poetry Review, The South Carolina Poetry Society Yearbook, Cairn,and Kakalak; as well as in the anthologies The Southern Poetry Anthology, Volume I: South Carolina, and After Shocks: The Poetry of Recovery for Life-Shattering Events. Bernardin is also the author of the novel The Stealing, published by McGraw-Hill in 1993.

Bernardin's work has received many honors. In 1986, she was named the South Carolina Arts Commission's literary fellow. Her poem "Name Day" won honorable mention in the 1990 Porter Fleming contest. In 2007, she received the Jeanne Crandall Broulik Memorial Prize from the Poetry Society of South Carolina. In 2015, she won the SC Poetry Society Forum Prize. Her poem “Transmigration” winner of the NC Poetry of Witness Award published in Pinesong, was nominated for a 2017 Pushcart Prize.