John Laney Plyler was born on January 12, 1894 to John Robert and Mary Thompson Earle Plyler in Traveler’s Rest, South Carolina. Plyler’s father, John R. Plyler, had attended Furman 1881-1885, while his mother was the only graduate of Greenville Baptist Female College in 1873. Plyler attended Greenville High School, and graduated from Furman University in 1913.

Plyler was a teacher and basketball coach at Greenville High School before joining the U.S. Army serving during WWI. Plyler received his law degree from Harvard University in 1921, and then practiced law for Haynsworth & Haynsworth law firm in Greenville. He later went into partnership with A.C. Mann (Mann and Plyler Law firm 1925-1934), while also serving as the Dean and Professor of Law at Furman’s Law School. Plyler was named judge of the Greenville County Court in 1935 and served one term. He was elected as a Trustee of Furman University in 1937 and became the seventh President of Furman University in 1939.

Plyler retired in 1964 and was made president emeritus. Dr. Plyler received three honorary degrees; the LL.D degree from Erskine College in 1939, the LL.D degree from Wofford College in 1953, and the Litt.D degree from Furman in 1954. He was the South Carolina Baptist Convention president in 1948. Plyler was married to Beatrice Elizabeth Dennis of Pinopolis, S.C. on June 11, 1932, and they had three sons, John Laney Jr., James Dennis, and Rembert Keith. Dr. Plyler passed away on April 5, 1966 in Greenville, SC. 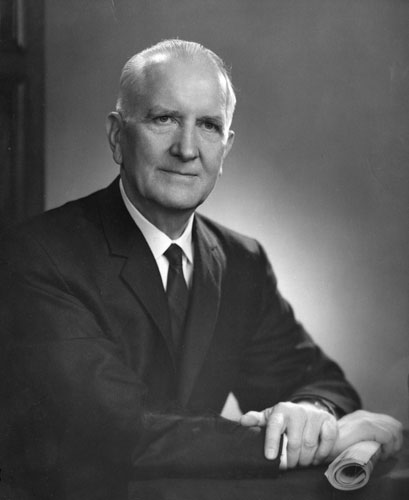