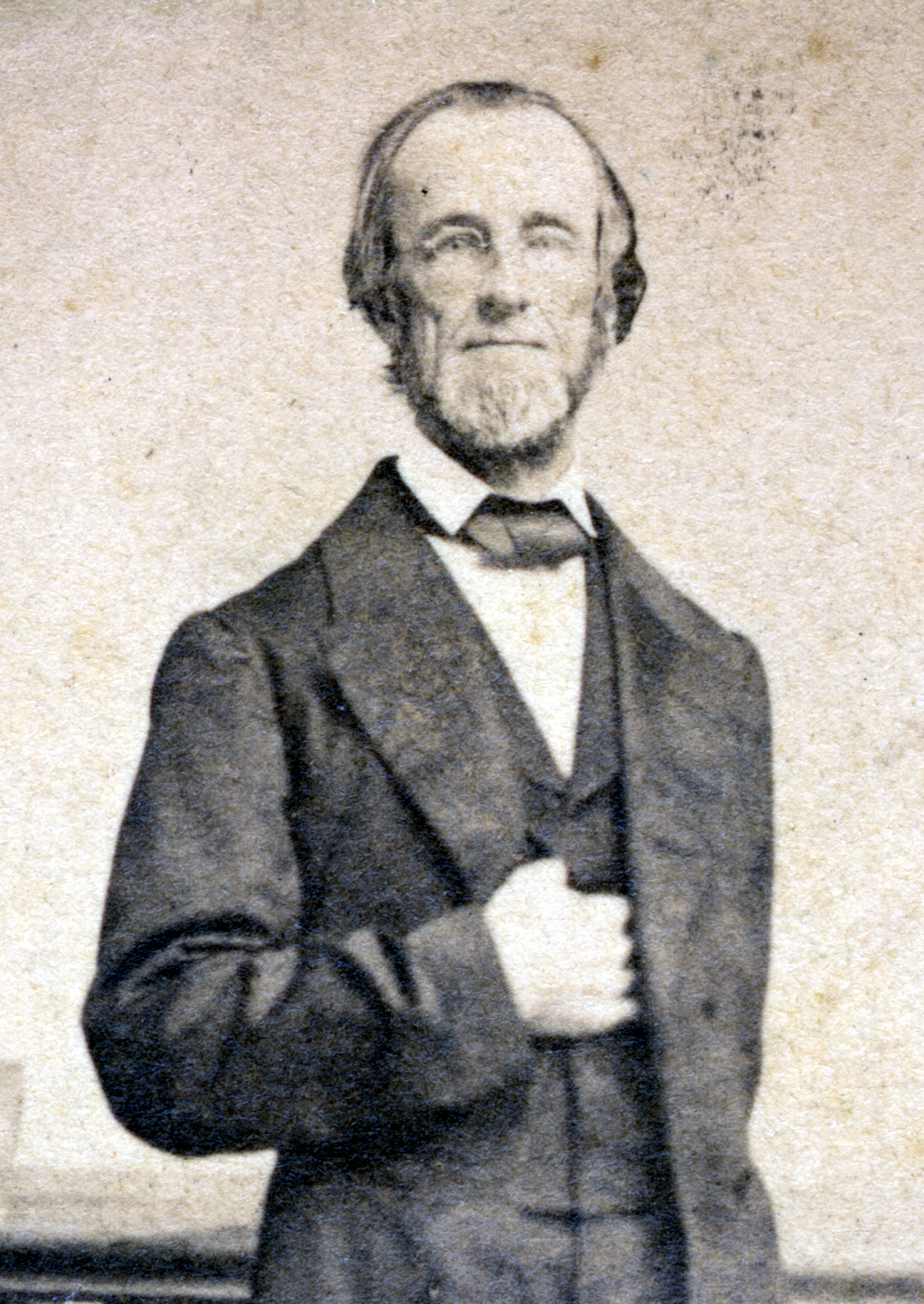 Link to The life work of James Clement Furman, by Harvey Toliver Cook, 1926.

In H.T. Cook's The Life Work of James Clement Furman (1926), Furman's youngest daughter recalls walks with her father on the downtown campus, as he would tell her that other buildings would be added, saying "I will never live to see it, but it will come."  J.C. Furman's hope for the future was "an institution that would one day be for the South what Oxford was to England, a great center of learning and culture and the home of high ideals."

James Clement Furman was born on December 15, 1809, in Charleston, South Carolina to Richard Furman and his second wife, Dorothea Burn Furman.  James C. Furman was sixteen when his father died in 1825. He was baptized at age nineteen, subsequently abandoning the study and practice of medicine to pursue a ministerial career. Furman received his license to preach in October 1828.  In March 1830, he became the twelfth student at the Furman Theological Institute located at the High Hills of Santee.  In April 1832, Furman was ordained by the Charleston Baptist Church.

Furman traveled the state in the early years of his ministry as an evangelist, and in the fall of 1833, he accepted a call from Welsh Neck Church in Society Hill, S.C. where he stayed until 1844, then becoming a senior professor at Furman Institution, located in Winnsboro.  Due to an increase in faculty and lack of funds in 1846, Furman relinquished part of his salary and took a second job as pastor at Fairfield Church.

In 1849, the S.C. Baptist Convention decided to remove the Furman Institution to another place and to add a classical school. In 1850, Furman located the site in Greenville, South Carolina that was purchased for the university and classes began in January 1852.  Furman served as chairman of the institution's faculty from 1851 to 1859, and served on the Board of Trustees 1859-1860, 1866-1880. Furman became the university's first president in 1859 after Basil Manly, Jr. refused the position. Throughout 1860, Furman was highly involved in the cause for Southern secession, stumping in Greenville, and serving at the Secession Convention.

Furman returned to teaching after South Carolina seceded, in December 1860, although most of his students left to join the fight.  During the college’s closure, Furman continued to pastor churches and served as president of the Greenville Baptist Female College from 1863-1864. When the university reopened in February 1866, it was crippled by low funds, and was unable to collect most of the bonds it made before the Civil War.  By the fall of 1868, there was serious talk of abandoning the university, but Furman refused to leave it. The university was kept open with donations collected by Furman.

While president, Furman pastored Greenville First Baptist Church from 1871-1874. He resigned as president of Furman University in 1879, although he continued to teach for another decade.  He continued to pastor four churches until 1889. On March 3, 1891, Furman died at Cherrydale, at the age of eighty-one.  He was buried in Springwood Cemetery. 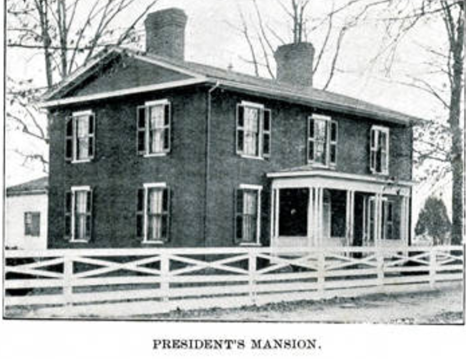 James C. Furman was the first inhabitant of the newly constructed president's home on the downtown Furman University campus. After his marriage to his second wife, Mary, in 1855, the couple and Mary's mother, Rebecca, an invalid, felt that the house was "too small and inconvenient for us . . . Rebecca felt the want of her garden and poultry yard and our family physician said . . . that Mr. Furman could not stand it long unless he could go into the country where he would be compelled to take more exercise and be relieved from some of his duties at the college.”

The Furman’s found a place at the foot of Piney and Paris mountains north of Greenville; a one-story modest colonial house on 350 acres, a one and a half hour buggy ride to campus. George Washington Green constructed the house between 1852 and 1857 (Green Farm). On March 2, 1857, Green, who had moved to Mississippi, sold the land and an additional 100 acres to James C. Furman for $7,000 for use as a summer home.  Between 1857 and 1860, Furman and his wife remodeled Green Farm, adding four rooms and a new entrance with a front porch, four Greek-Revival-style columns, and a three-bay ​portico.  It is said that Mary had fashioned the new front of the farmhouse after that of her childhood home.  By 1860, the Furman’s were calling the renovated house "Cherrydale." The 1860 U.S. Census indicates that 25 enslaved persons worked on the farm, and grew a wide range of crops, including apples and even cherries.

Furman died at Cherrydale in 1891 and his wife continued to live there until in her last few years she went to live with her daughter in New York where she died in 1911. 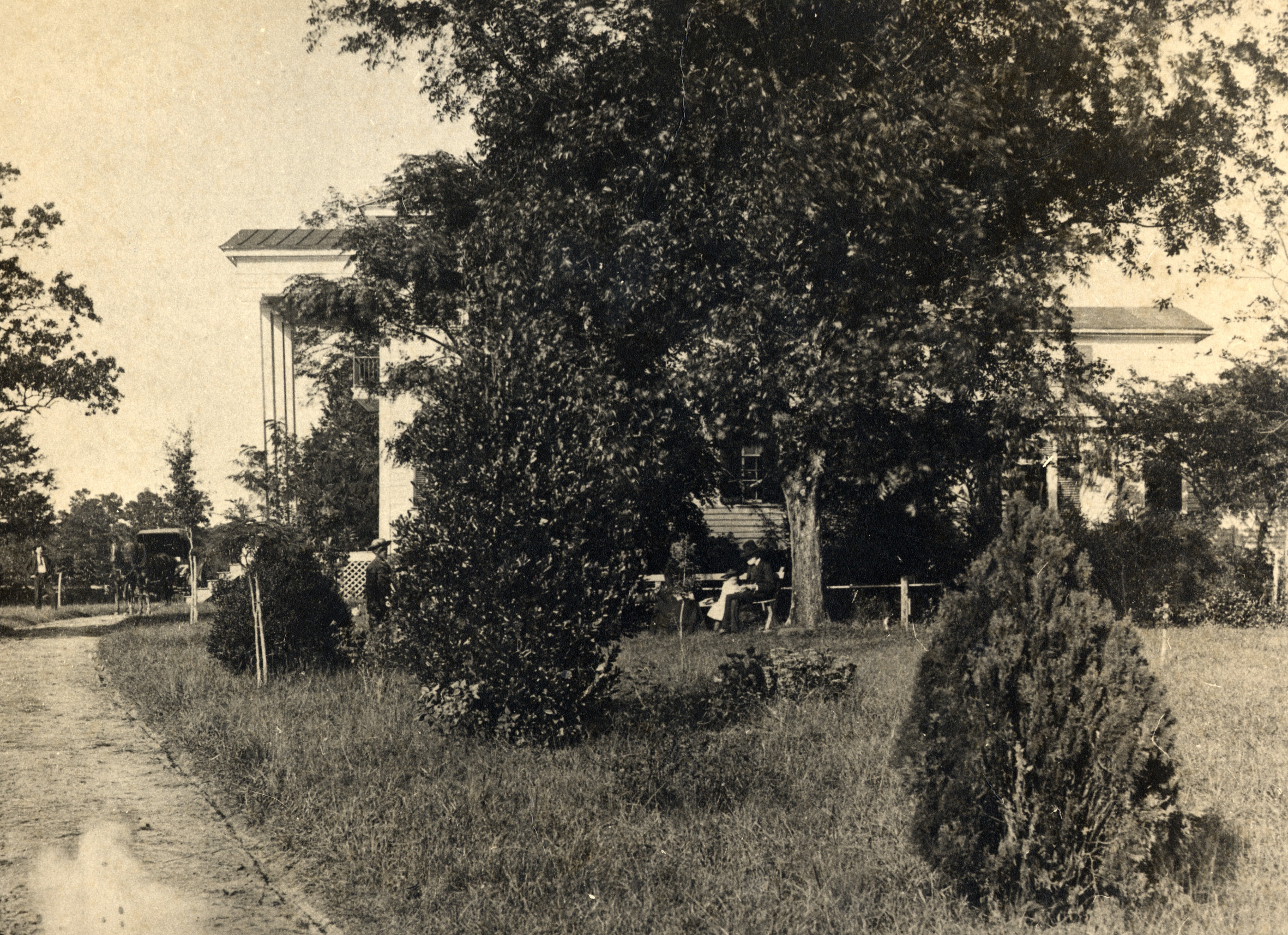 The Furman's children then sold the home and 55 acres to Stone Manufacturing in 1939, and the Stones restored, modernized, remodeled and enlarged the home. The following year Umbro closed all its U.S. manufacturing operations, and the shopping center developer AIG Baker purchased the Cherrydale property. The Stones then donated Cherrydale to Furman University. On March 7–8, 1999, the university (after overcoming significant logistical problems) moved the house more than three miles north to a high spot on campus off Poinsett Highway U.S. Route 276.  Renovated and thoroughly restored, Cherrydale Alumni House was dedicated on Oct. 23, 1999. 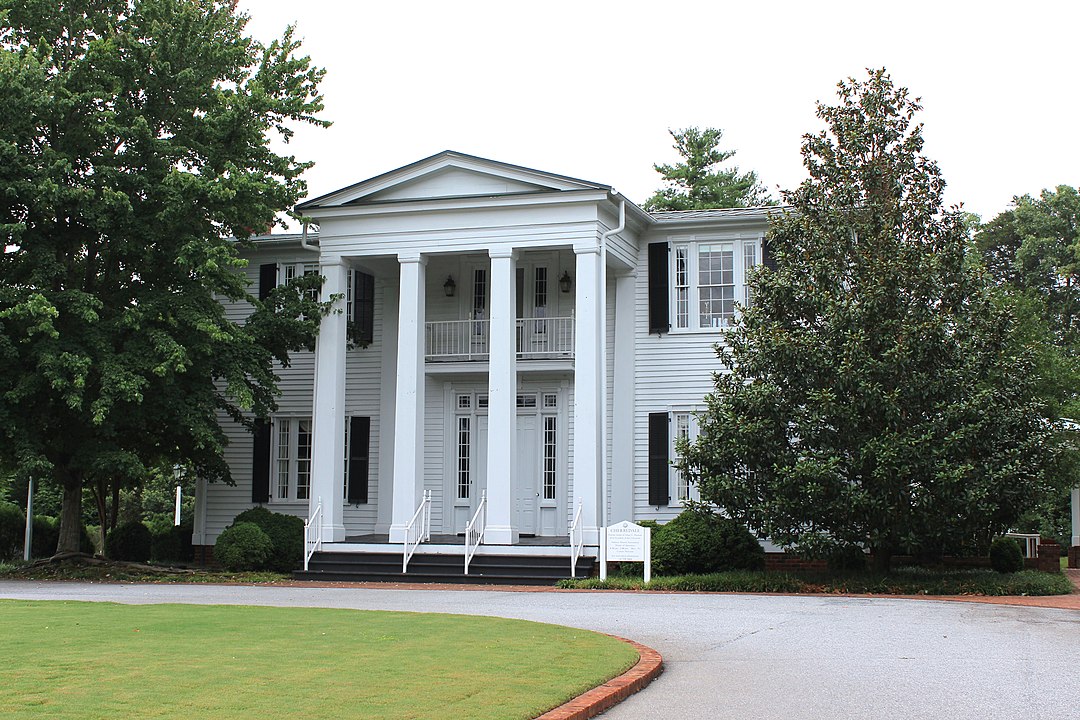 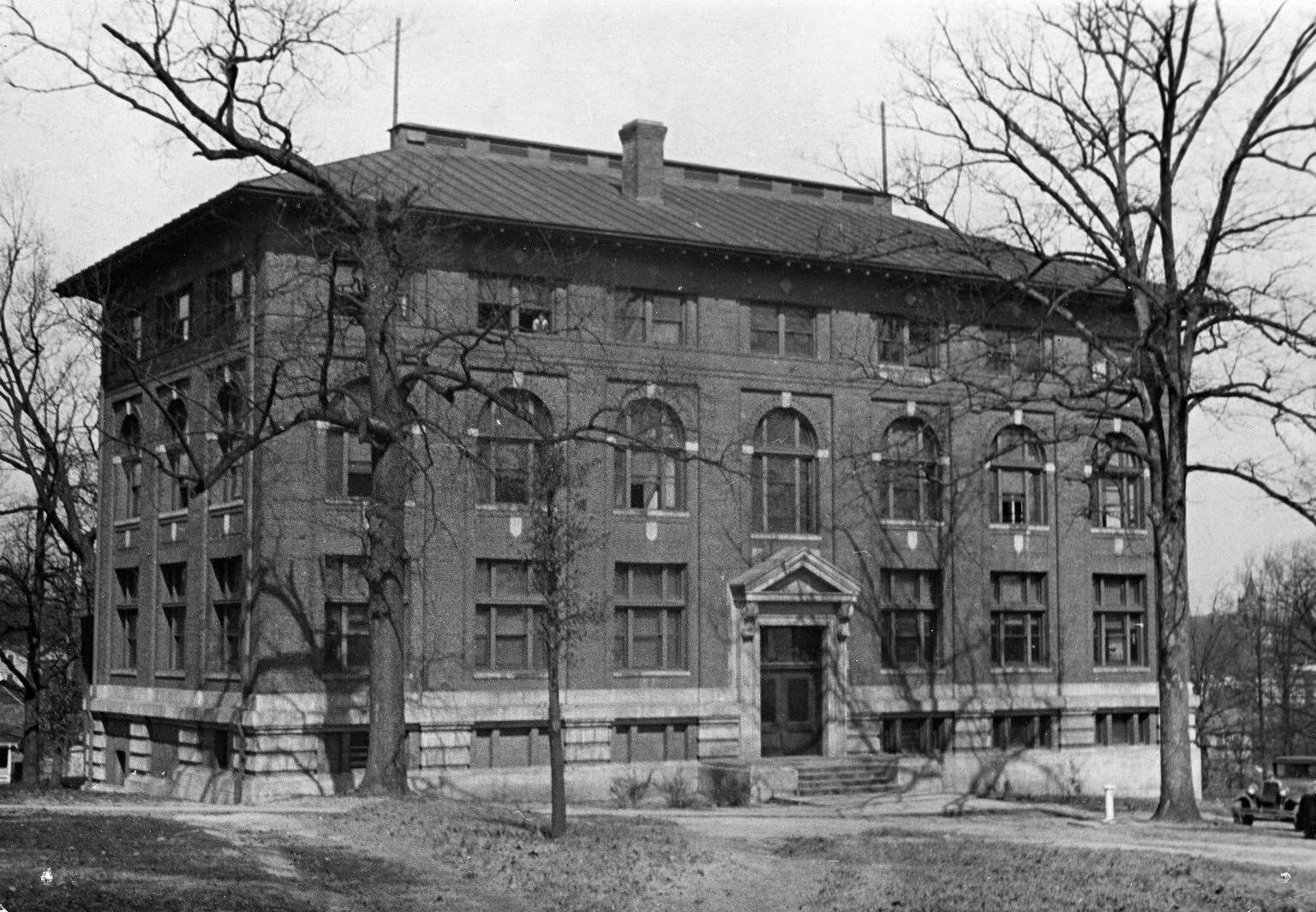 The James C. Furman Hall of Science was officially opened on January 18, 1912 on Furman's downtown Greenville campus.  Donations from Andrew Carnegie and alumni and friends had made the building possible. A plaque recorded Furman's devotion to the university:

"At a crisis in 1868 Dr. Furman was admonished to abandon the institution. His reply was,

'I will nail my colors to the mast of the old ship, and if she goes down I will go with her' " 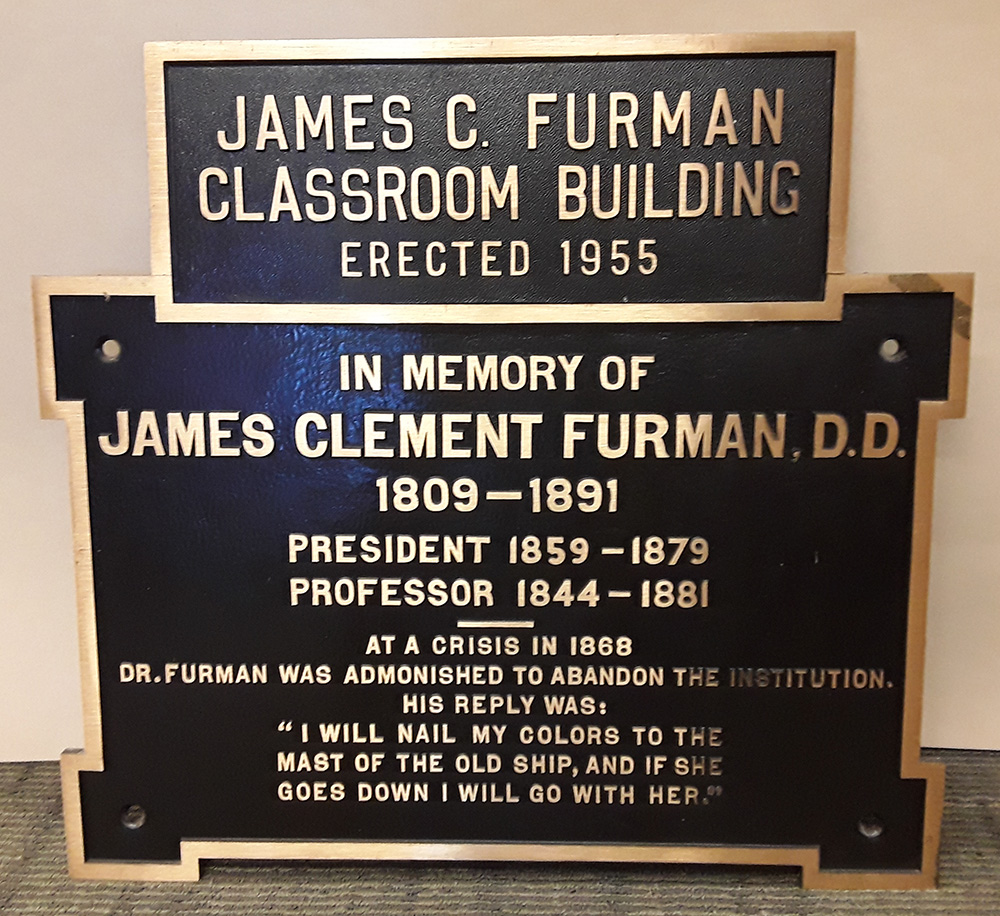 In 2020, the building was rededicated as Furman Hall and a new plaque was unveiled. The plaque acknowledges that while James C. Furman, the university's first president and the son of its namesake, worked to build and save the university in difficult times following the Civil War, he was also a vocal proponent of slavery and secession.

The building's new name, which removes "James C.," was unanimously approved by the Furman University Board of Trustees May 2019, based on one of the recommendations from the "Seeking Abraham" report. The name and plaque honor the entire Furman family, celebrating and noting the diverse community of students, faculty, staff, alumni and friends who study, work and gather on the campus.