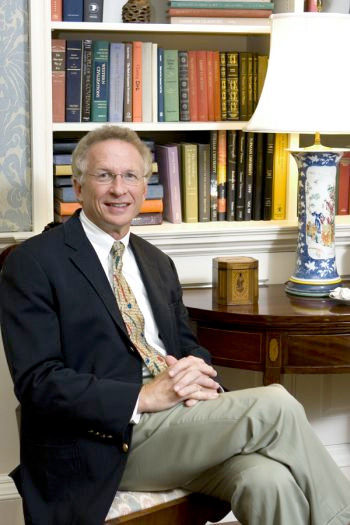 David E. Shi served as the 10th president of Furman University from 1994 to 2010. During his presidential tenure, Furman solidified its stature as one of the nation's finest liberal arts colleges. Applications to the university increased 75 percent, faculty salaries improved dramatically, the endowment quadrupled, the academic profile of the student body rose, and the campus benefited from more than $210 million in new construction and renovation.

An Atlanta native and a 1973 Furman graduate, he joined the university administration in 1993 as vice president for academic affairs and dean of the faculty. David was also a champion of the university's emphasis on engaged learning, energy conservation and environmental stewardship. Under his direction, Furman became a national leader in promoting sustainability.

David was a charter signatory of the American College & University Presidents' Climate Commitment in 2006. During his presidency, Furman built the first LEED (Leadership in Energy and Environmental) certified building in South Carolina (there are now 7 LEED-certified buildings on campus). In March 2010, Furman's Board of Trustees named the university's dazzling new Center for Sustainability in honor of Shi.

Established in 2008, the David E. Shi Center for Sustainability (pictured right) has evolved into a hub where educators, students and community leaders can work together, exploring the most complex issues of sustainability.

David is a prolific newspaper essayist. He has published several hundred of columns in newspapers such as The Greenville News, The Christian Science Monitor, The Charlotte Observer, The Atlanta Journal-Constitution, and the Philadelphia Inquirer, among others. His columns and essays are also heard on the South Carolina network of National Public Radio. A collection of his speeches, essays and columns has been published under the title The Bell Tower and Beyond: Reflections on Learning and Life.