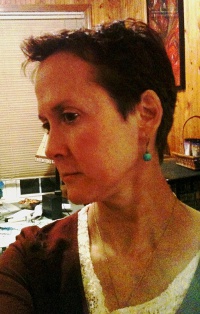 Claire Bateman attended Kenyon College and received her B.A. in English in 1978.  Later she received her M.F.A. in 1993 from Vermont College.  She has taught at the undergraduate level at Chattanooga State University, and the undergraduate and graduate levels at Clemson University.  She has also taught Creative Writing at the Fine Arts Center, a magnet high school for students gifted in the literary, visual and performing arts.  Her students have consistently won writing awards on regional and national levels.  She has also taught at various writers’ conferences across the country.

Bateman's contributions to poetry also include adjudicating for the AWP Prize in Poetry, the South Carolina Arts Commission Fellowship in Poetry, and the North Carolina Poetry Society.  She has been contributing editor for Shade, New American Zeen, and The Emrys Journal.  Her own writings include five collections of poetry: Leap, Clumsy, Friction, At the Funeral of the Ether, and The Bicycle Slow Race.  Her work has also been published in journals and anthologies, such as The Kenyon Poets, The Wesleyan Tradition, and DIAGRAM.  She has won numerous prizes for her work including two Pushcart Prizes in Poetry.  Most of her work has been in the area of literature and teaching, but she’s also worked as a telemarketer and as a free-lance editor.