A group of Furman University students formed a volunteer military company named the University Riflemen in the spring of 1856. The following is a brief timeline of the company. 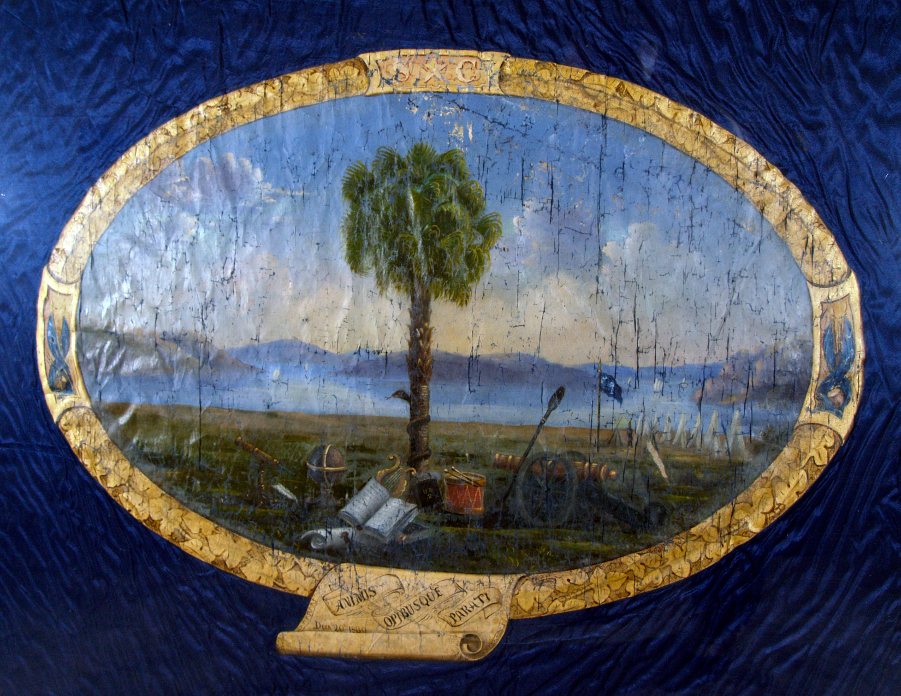 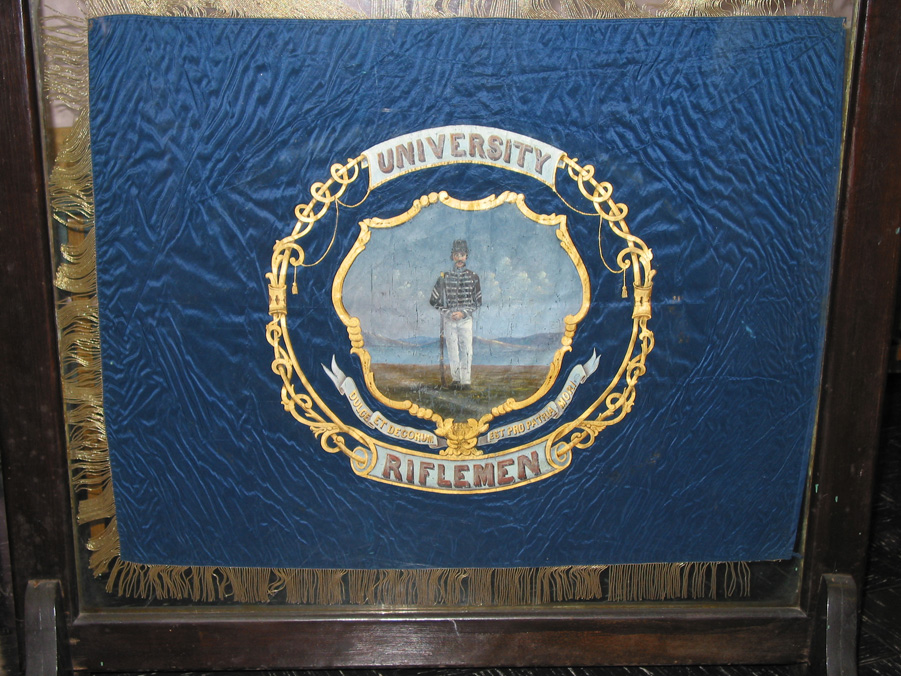 The banner made by Miss Lenora I. Brooks never made it into battle and lay for years in the Furman University museum on the ground floor of the Science building on the downtown campus.[11] The flag is made of blue silk with gold fringe. One side depicts a soldier with a gun set on his shoulder and the Latin, "Dulce et decorum est pro patria mori," meaning “it is sweet and sacred to die for one’s country.” On the other side is the image of the palmetto tree with battle paraphernalia lying about its trunk, and the Latin, "Animis Opibusque Parati" meaning "prepared in mind and resources".

The banner was brought out of storage in the 1920s and was so fragile that it was framed between pieces of glass and then displayed in the campus museum. Today the banner is kept in storage due to its fragility.

A replica of the banner has been made and is kept in the University Archives. Anyone wishing to see the replica must give advance notice.  Please email  specialcollections@furman.edu, or call 864-294-2194.